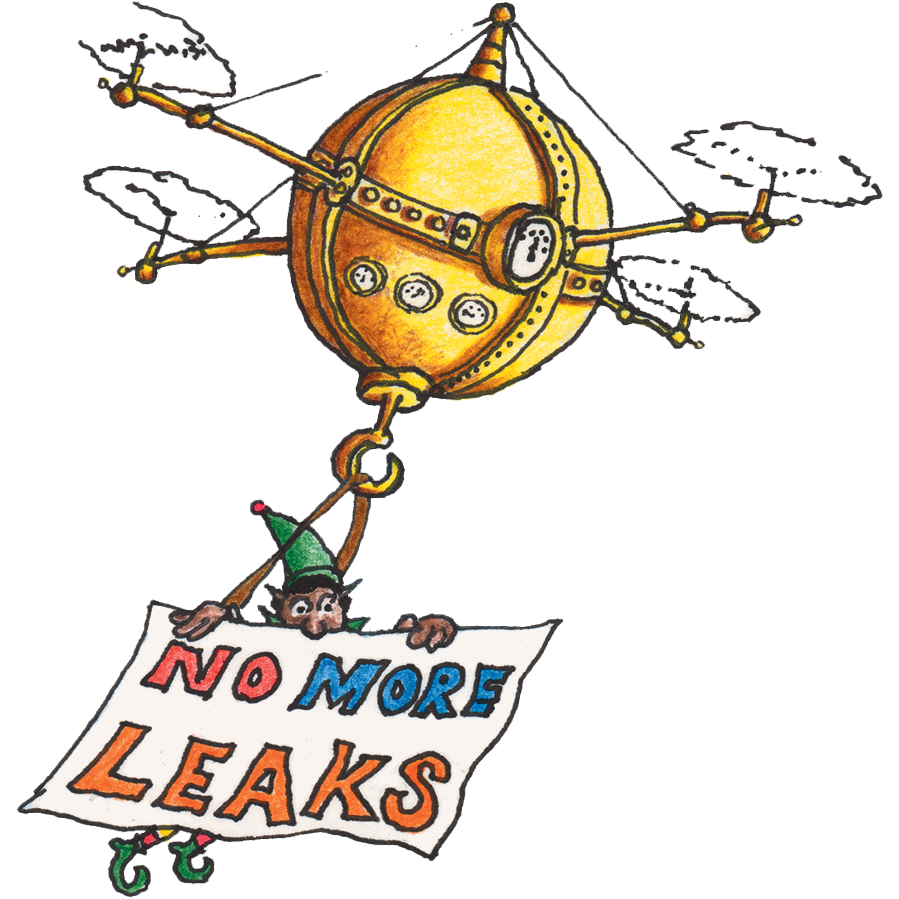 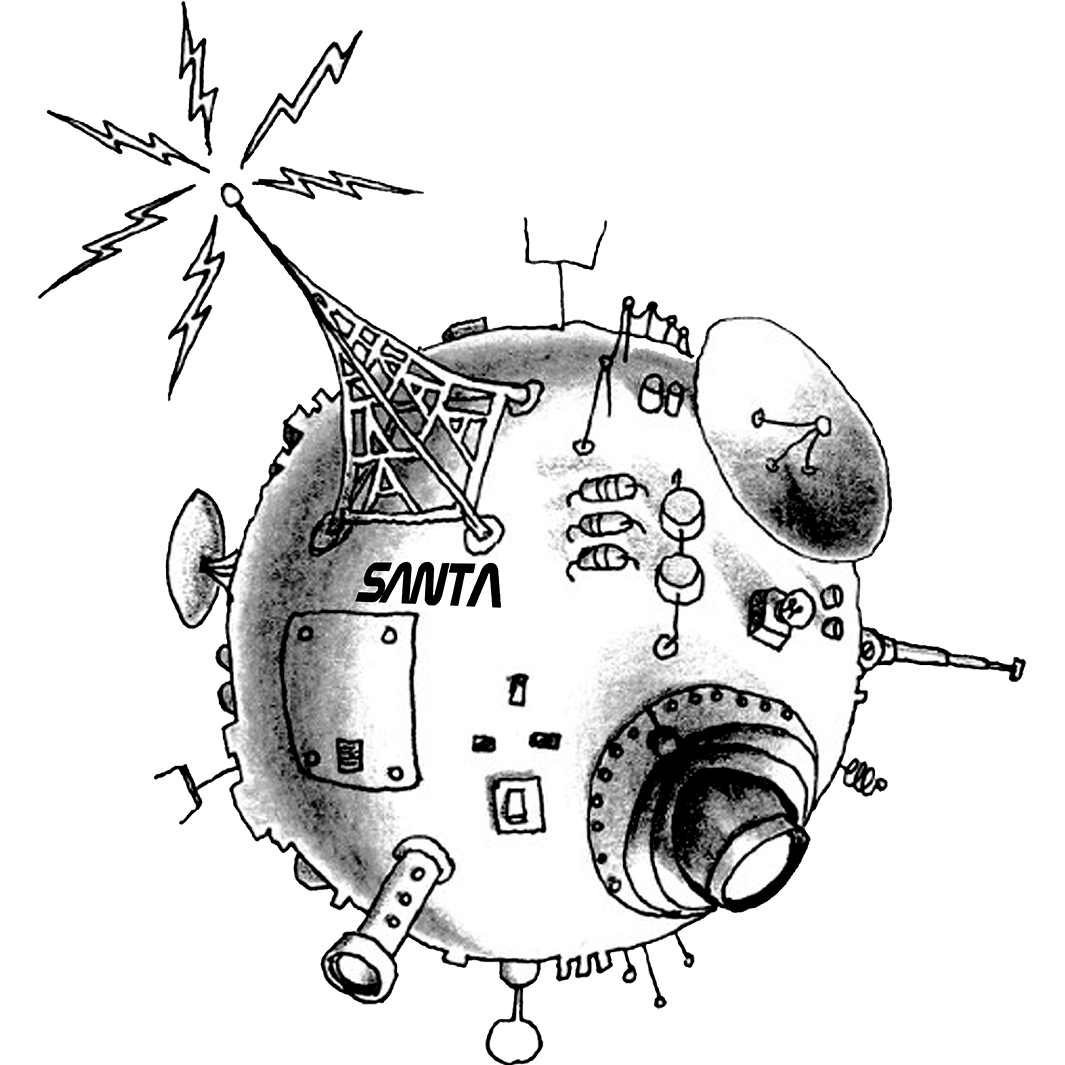 Steve Gunning was taught to draw by his Father when quite young and later he would become known to friends, family and colleagues for his beautiful hand-drawn greetings cards. His creative talents have also found an outlet in writing, directing and acting in school and amateur dramatics.

Chris Wheeler found that he had a way with words when he won his first poetry competition aged 6. Gradually he moved from poetry to songwriting and ended up performing all over the UK and Europe. Unfortunately that didn't pay the bills so he was forced to get a "proper" job and it was there that he met Steve.

Two artists trapped in day jobs bonded over their shared love of loud rock music, writing, drawing and their questionable sense of humour.

Inspired by his inability to make his children behave, and the threat that Santa would know that they were misbehaving in the car because Santa can see through the sunroof, Chris approached Steve with the idea to write this book. 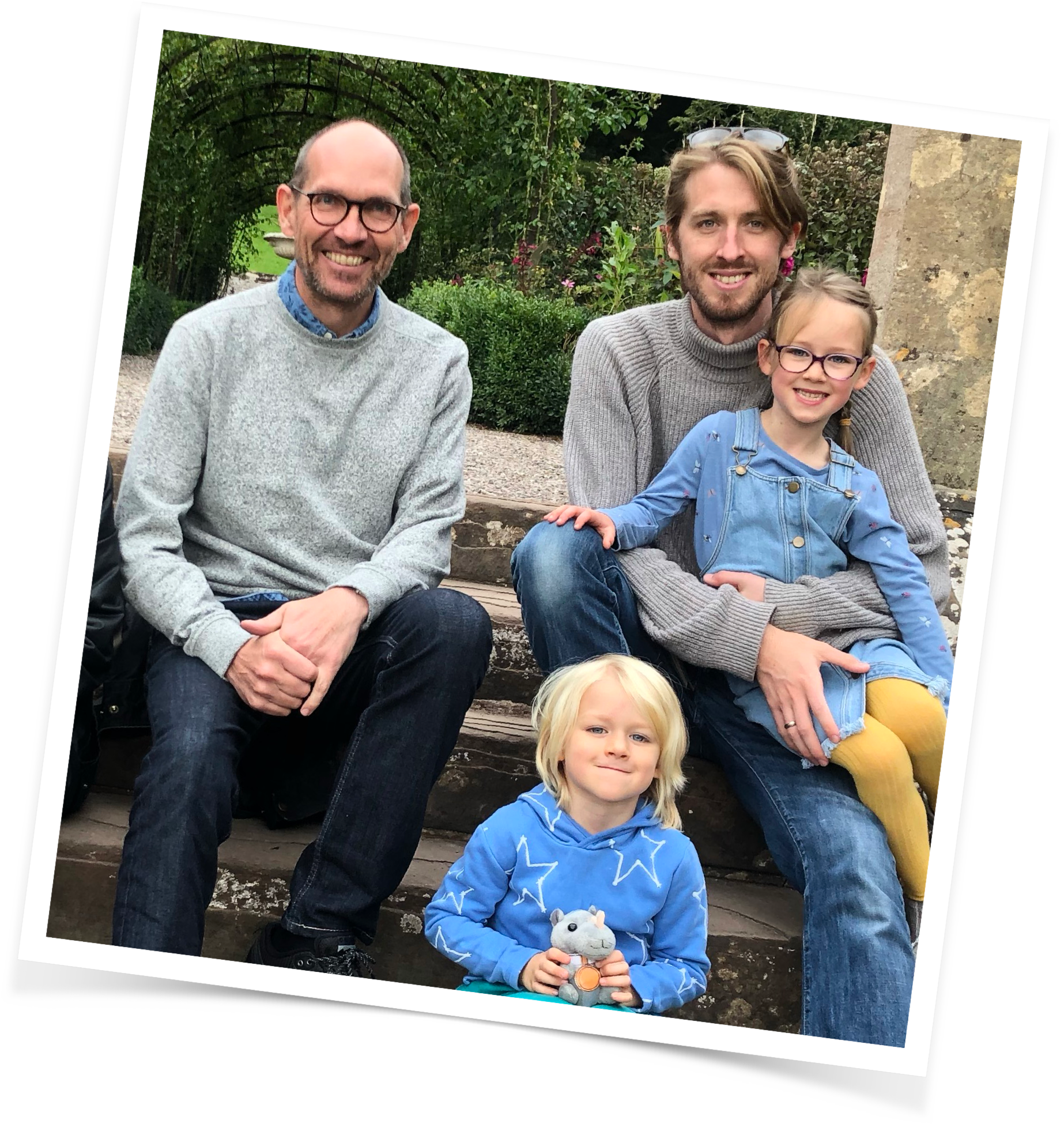 As this is our first book we don't yet have any opinions on it from literary critics. However, we have loved sharing advance copies with our family and friends and we thought that it would be nice to share some of their thoughts here...

I am very proud of my Daddy and Uncle Steve for making this book. I love it.Megan aged 8 (Chris' daughter)

Wooooooooowwwwwwww!!!! I can’t put into intelligent words how brilliant your book is!!! I can imagine sitting with the children when they were little and spending hours looking at all of the detail, they loved books like that 😊 It's truly brilliant! How proud would Dad be, showing everyone! I can’t even decide which is my favourite page... I’ll stop waffling now!!Julia W. (Steve's sister)

Brilliant! The illustrations are so immense, detailed, absorbing – words very nearly fail me! Congratulations. Well done you! I am going to have to put in an order for at least two more at Christmas time for the young people in my family. Perhaps I should consider getting some for the children as well!Jean N.

Just put our daughter to bed where she wanted "the Christmas book" for the third time since Sunday. She's definitely a fan! She particularly likes me to point out the which children are behaving badly in each picture.Kate W.

Your book is the most excellent piece of work produced by someone I have known personally. It deserves to do well. It should afford hours of enjoyment for the curious or observant reader. Congratulations.Heather and Bob H.

I don't know about children but I want a copy! Overall if I had been given this book as a child I hope I would have kept it to enjoy it all over again.John B.

I am amazed. This is stunning. Do I recognise some of the characters within? Some of them seem familiar. Congratulations. I will be first (or second or third or fourth or . . .) in the queue to purchase a copy.Ray P.

Pictorially brilliant and poetically charming! We will definitely have a copy when available! Ps Ginny loves it lots!! 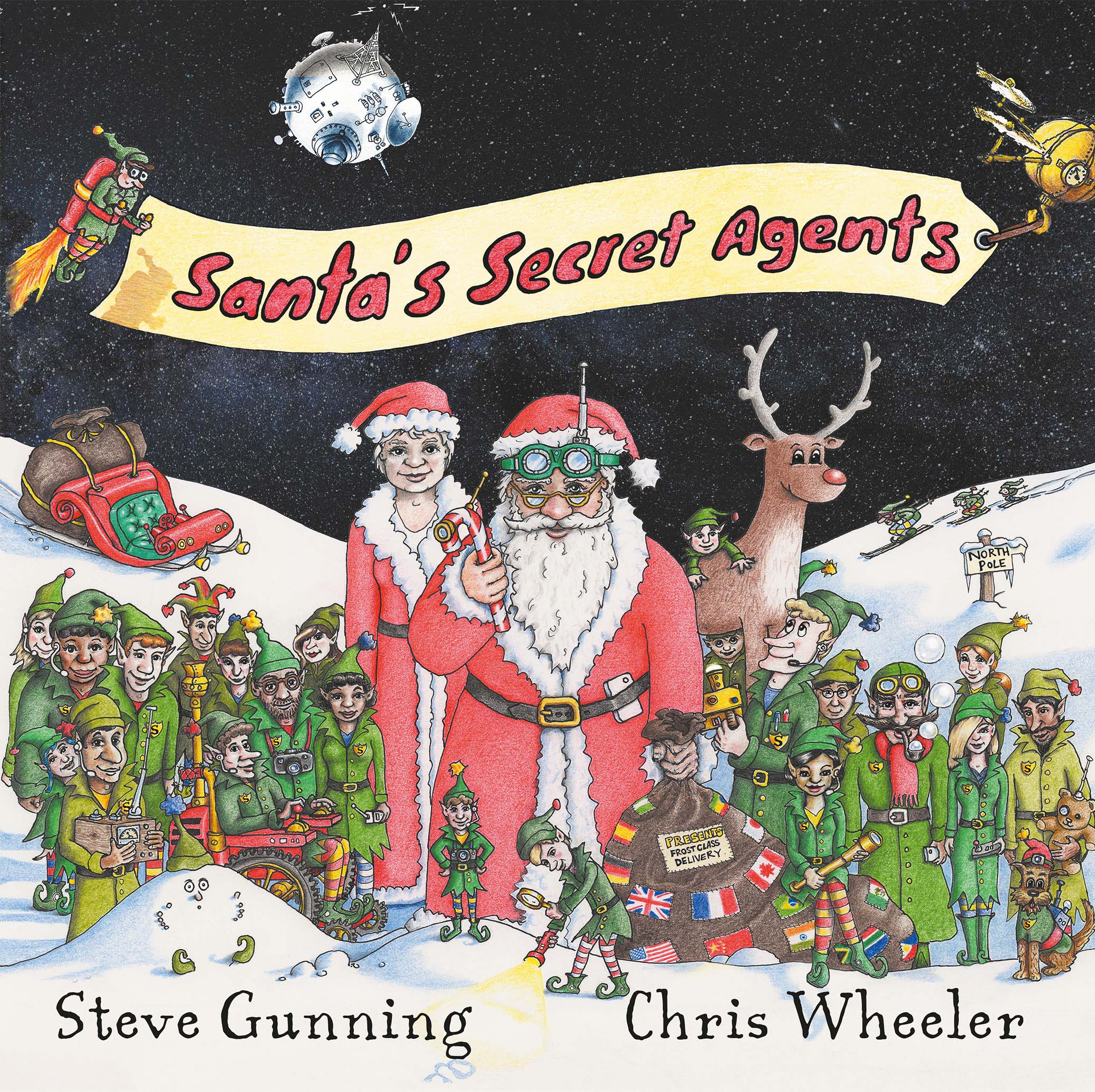 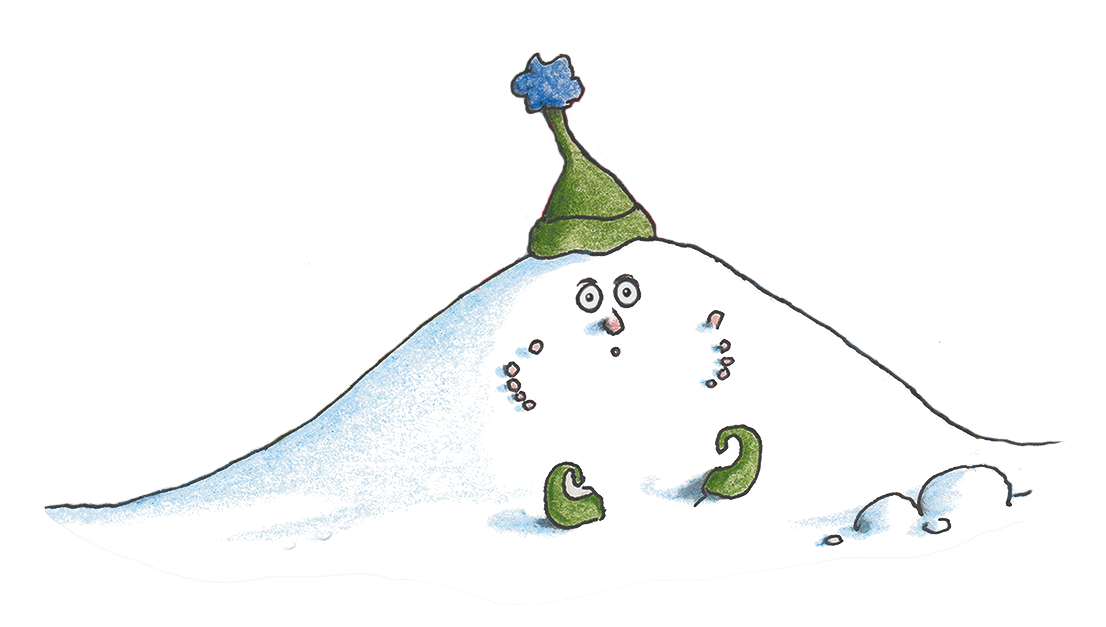 The authors are available for interviews, events and readings on request.